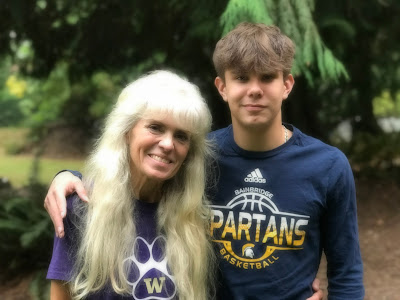 My grandson is one of the millions of students doing online public school from home. He told me it’s not working out so well. As a high school sophomore, he missed his final months of his freshman year, and now is trying to navigate even tougher courses without the in-face interaction with teachers and students. For my grandson, he needs that structure, that kind of on-the-spot accountability, and the routine that his parents are trying so hard to establish during these homestretch years of adolescence.I homeschooled my kids—but only until the age my grandson is now. My kids took the educational baton and ran with it by age 15. Until then, they used the curriculum I’d found to meet the required standards, but we added the bonus things like community youth orchestra for my daughter, and a daily job managing a dog kennel for my son. Neither of those activities led to a future career, but both equipped my kids with skills I could never teach and they couldn’t master from reading a book.N…
Read more 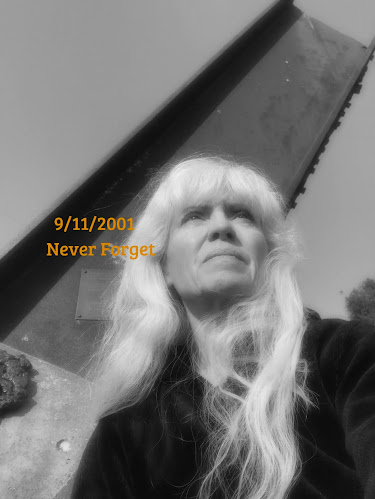 I've spent some time this week thinking about those indelible images from September 11, 2001. Remember how we watched our televisions in horror as hijacked jets struck the iconic Twin Towers and the Pentagon? Then we heard the incredible account of Todd Beamer and his fellow passengers on Flight 93 as they stormed the jet cockpit and crashed before the hijackers could hit the intended target—our nation’s capital. Beamer’s final words, “Let’s roll” became our inspiring call to action.Patriot Day honors those who lost their lives that day—just a regular day in a lifetime that they thought would have many tomorrows. I’ve had almost 7000 days to live since then. I’ve finished raising my family and saw the birth of my two grandkids. I even reached retirement age.


But not those September 11 Patriots. They left their hopes, dreams, and legacies behind.  I wonder what they’d think of our America 2020. It’s not like their America was perfect—it never has been. But how am I doing in my role…
Read more

Don’t Give Up Your Dreams 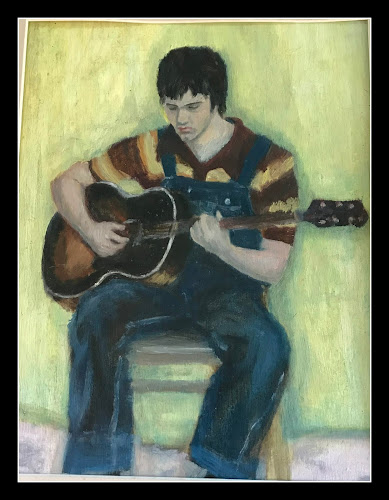 My grandson was about five when he asked me about a painting of his much younger-looking Papa playing guitar. I told him Papa was about 16 when the picture was painted. I told him that when Papa was younger he was planning on being a musician and writing songs for his career. My grandson asked how come he hadn’t.
How do you explain the complexity of real careers and the dreams that don’t pay the bills?
I told my grandson that Papa still played guitar, it just wasn’t his real job.
But I assured him that you don’t have to give up your dreams. Papa hadn’t. He was just waiting for the right time for it to be his new job—something he did for fun, not for money.

As we honor the 157 million American workers this Labor Day, there are many doing work they didn’t anticipate doing. Others may have landed their dream job. It’s still work, and it takes about 35 years to reach the finish line.
Work is what builds our lives, our families, creates new opportunities, and strengthens our communities. 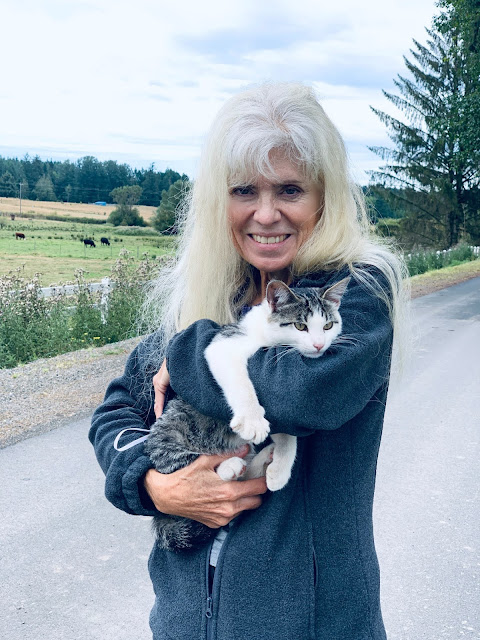 After my surgery, I was told not to lift anything too heavy for a few weeks. But on a recent walk, this cute kitty wanted to be friends. Of course I couldn’t resist. Now on these early morning walks, I'm feeling autumn approaching.  This time of year reminds me of my childhood when I visited my grandparents before school started. I escaped to a lake side wonderland.
Grandma taught me many things, but one lesson I use every day: Dish Duty I was too young to be much help, besides it involved a fire in the wood stove and and steaming hot water. But I sat a safe distance because I loved watching Grandma. Her hands seemed so capable. She carried the heavy kettle with hot water and poured it into a dish tub. She’d already added soap, so I watched the mountain of bubbles rise as she added the hot stream of water.Then she lined up the dirty dishes—from silverware to the heavy pots. As she washed she told me that dishwashing was a time of reflection. She thought about her day—the things th…
Read more 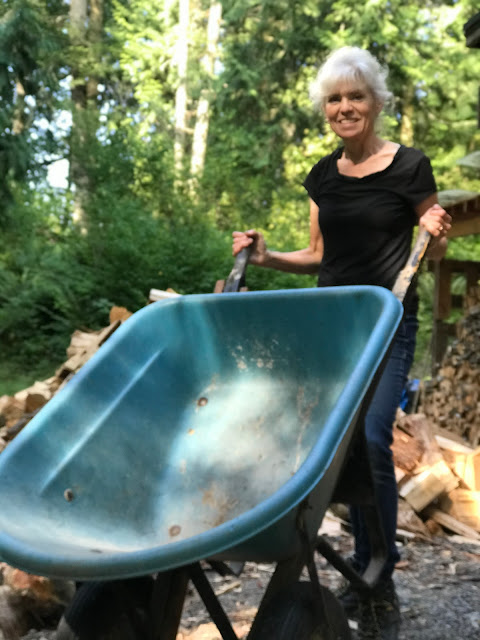 Dear Product Review Department,
I realize it’s highly unusual to receive a product review after the product has been owned for over twenty-five years, but it’s important for you to know the exceptional quality of your dual wheel six-cube wheelbarrow.
It has spent the last quarter century living in rural woodlands hauling dirt, rocks, firewood, and more than its share of small stumps. I named her Big Blue. It seemed that there was absolutely nothing she couldn’t haul until last Friday.
I admit, on that fateful day, I tried making one trip rather than two, and it was a bit overloaded, but Big Blue just carried on like it was no big deal. It was totally operator error that caused the mishap. I was navigating along a steep cliff, and since I’d overloaded the wheelbarrow, the load shifted.
I gasped as Big Blue went over the edge of the cliff. She rolled down the embankment at breakneck speed, seeming to know how to avoid the trees and old stumps. It was like she was on a downhill slalom ski r…
Read more 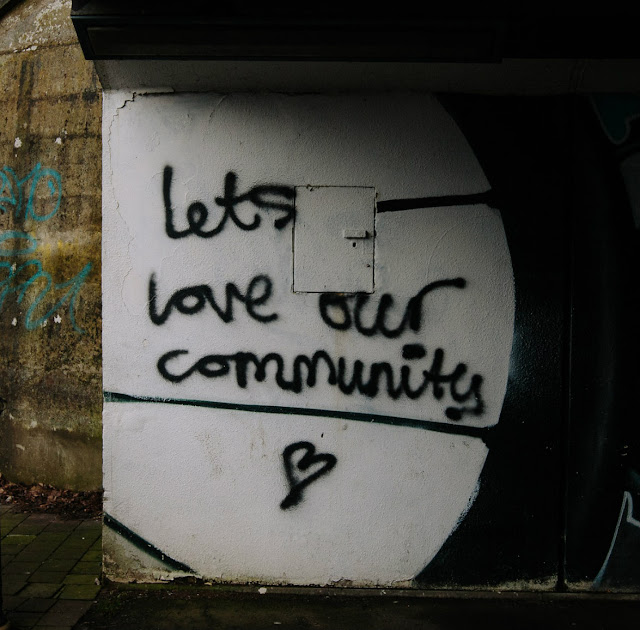 There’s no question that Covid has robbed us. It has stolen lives too soon. It has wrecked American livelihoods. It has polarized our people even more and spawned enough angst that our psyche may take longer to recover than anything else.
A crisis exposes our weaknesses, but I revel in how it can also bring out our strengths.
Here are some examples of some powerlifters in my community:
1). I met a senior citizen who was handing out sack meals to kids in need. Not just for one day, but for months.

2). Then there were teachers working extra-long days making sure “their kids” had what they needed—even driving miles to take things to them. Now they are preparing to do it again.
3). While Covid closed businesses all around me, one young entrepreneur made sure those business owners knew how to apply for disaster relief and guided them through the process.

4). One young woman helped the disabled in our town use technology so they could remain connected to critical services during the shutdown.