Showing posts from September, 2012
Show all

Election Depression: You Choose You Lose 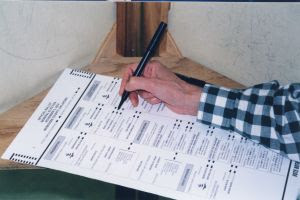 What's election depression? It's feeling that regardless who wins in November, we all will lose.

Presidential elections are about bringing the right person at the right time to make the right changes. But our problems are no longer problems, they're crises.


It seems that campaign hostility has gone beyond the candidates. The anger and disappointment, the expectations and the failures are causing a bigger divide among us. No wonder we escape to our media distractions.
Consider our nation’s debt. We can’t keep borrowing. The government isn’t able to do all we expect it to do. Paying back 16 trillion in debt involves higher taxes and more cut backs.


Then notice how minority issues cause major strife. We won't be able to agree on the ideas to fix our nation until we can agree on the ideals we have for our nation. Our biggest ideal should be our freedom. No other nation has ever had as much freedom and privilege. 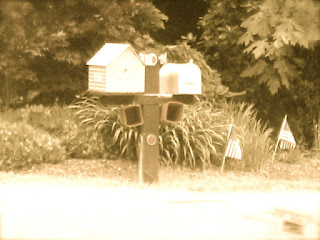 I was getting ready to drive to town with my young daughter, her beloved cello and my sister, who was visiting for the weekend.A cello performance was to be the highlight of our day. Stopping at our mailbox, I reached inside and noticed a bulky envelope with an attorney’s return address. Just its mere thickness brought dread. My sister offered to open it.

As she read aloud, my stomach acid churned. It wasn’t good news. Getting sued never is. She finished reading the pertinent parts and gave me her trademark assessment of life’s bad stuff: you’ll get through it. She was right, of course. And the letter just meant I was at the beginning of the getting through it process. I couldn’t control the players in the game, but I could make one big, important choice. How was I going to let this affect me?
Problems don’t ruin your life—but your attitude can.
The months following the letter’s arrival repeatedly tested my resolve to remain optimistic. I’d succumb to needless griping which made the…
Read more 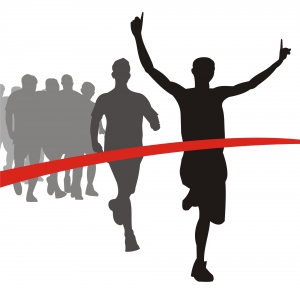 I’ve watched all kinds of athletic events—from peewees to professionals. But I had never watched a triathlon, until my daughter entered her first one. She trained for it in the same way she’s tackled any of life’s challenges: with head-on determination.


As I watched her and several hundred others jump into a chilly lake for a half-mile swim, I decided it wasn’t too late to pray. From the lake—to her bike—to the final 3.4-mile run, it was two hours, fourteen minutes my daughter will never forget—a test unlike any other she’d ever faced.


From my vantage point I could observe the competitors. I admired a handicapped middle-aged man limp from the lake to his bike. For him, time wasn’t as important as effort. Then I watched a woman finish her swim over an hour behind everyone else. A raucous applause greeted her as she mounted her bike to continue on, even though the other athletes were on the last leg of the race.

I saw the fit, trim and trained, and those who were trying to become that w…
Read more 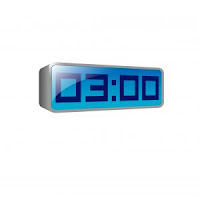 My kids always joked about the clocks in our home. They were all set to “Mom” time—meaning they were set about ten minutes fast. Every room had a clock as a digital reminder about time. Being late was something I abhorred and our punctuality worked well until they discovered my ploy.


My favorite clock was a gift—handmade by my grandpa. He made it in 1984 in what was his 84th year. The old-fashioned, battery operated clock had faithfully kept time through my two children’s busy lives, and into the quieter years since they moved away. I always had it hanging next to the front door—because its large hands were a clear reminder of the time as I grabbed all I needed on the way out.
Recently its hands froze in place—a signal to change the batteries. As I took it from the wall to perform this task I looked at my grandpa’s trademark signature and the hand-scribbled 1984 on the backside. I smiled as I thought of him in his woodshop. He always had a dozen clocks ready to give away—an old farme…
Read more
More posts