Showing posts from May, 2011
Show all

Who cares about track? I found out that I did.

Most of my ideas about Track and Field were limited to what I watched during the Summer Olympics. I was mildly entertained by the millisecond wins and losses. That changed when my son switched from baseball to track, then my illusion of track intersected with reality. Rather than TV images of sleek muscles streaking past at record speeds, I could feel the pounding of track shoes as I stood near the finish line.


Track and Field is more than a single game; it’s many games. It’s also as individual as each competitor and can be as team-oriented as football or basketball. It’s as competitive and athletic as mainstream sports. And if one were to think it’s easy, I suggest attempting a baton hand-off in a relay, or throw a javelin or leap over a hurdle.


Track crept into my world slowly. I began to understand its intricacies. It was about personal achievement along with teamwork. Where some games are clearly about strategy and strength, track also has two defining goals: runners improving the…
Read more 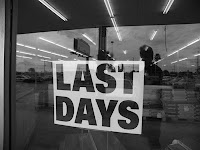 I saw the advertisement last month in the newspaper. In large font, the words screamed their warning:
Judgment Day May 21, 2011 THE BIBLE GUARANTEES IT!
I noted the Bible references and then the nine associated websites. Not one to take the news of Judgment Day lightly, I researched. Hey, if I missed something, I’d like to know what it is.  I had always believed Jesus when he said NO ONE would know “that day or hour” not even Him. It was totally up to God.  Now someone named Harold Camping clearly had inside information.
I’ve always had a penchant for End Times discussions, so I dug into his websites. It gets worse. Not only was May 21 Judgment Day, but on October 21, 2011 he predicts God will destroy the world.  I guess there’s no need to worry about electing our next president.
These kinds of antics make Christianity look so lame. Jesus didn't want us speculating on his return. He wanted us to love our neighbors. Making far-fetched predictions, Antichrist accusations and using w…
Read more 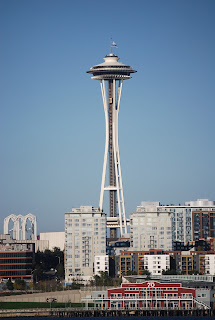 I might as well contribute to the stigma of Friday the 13th. I have an eerie sense that life as we know it, isn’t going to be the same for much longer. Perhaps I feel doomed because I read too much. Way too much.
It starts with one article then it leads to another and then I cross-reference, check sources, and soon, a whole evening has been spent. It’s the kind of reading material that doesn’t lend itself to sweet dreams.
Recently I came across an article describing the best places to live in the upcoming economic collapse. I checked to see if it was written by some whack job. It wasn't. I couldn’t resist reading it. It asked, Where do you want to live “when” (not if) the economy totally falls apart?

I scanned the noted pitfalls of certain geographical locations, avoiding population centers, crime-ridden locales, regions that are too cold or too hot, not enough water, or are natural disaster prone.

My place on the map isn’t ideal. I’m too close to Seattle while also snuggling the J…
Read more 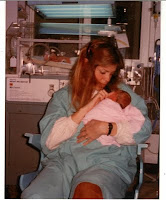 Mother’s Day honors our moms, but there is another woman who has shaped the person I am today. She literally came into the world ahead of her time—born two months early, 3½ pounds, about the length of a ruler. Some doubted she could live, much less ever thrive, but the doctors told me that premature girls are fighters. And she was. Nestled in her incubator, this tiny baby rekindled my faith as her miniature hand clasped my pinky.
By the time she was three she could read books and later on in school she was a whiz at math.  But more than her brains was her willpower. Somewhere inside this bright, active mind, God had placed incredible motivation.
She would set goals and then find ways to go beyond them. She saw life as her own chance to try. She played four different musical instruments—the harder the better. She danced, played softball, and joined drama.
Even though we had moved a half a dozen times and she had gone to five different schools, she never complained. When we decided to mov…
Read more
More posts