Showing posts from March, 2013
Show all 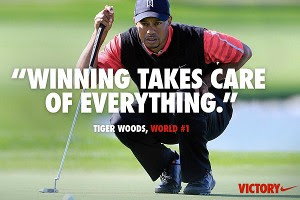 This isn’t about Tiger Woods, or adultery, or even a sports icon turning his game around. This is about an influential corporation choosing to market the idea that as long as you win, it doesn’t matter what kind of moral character you had or may have.
While Tiger may have made amends to his ex-wife, and that may include his asking forgiveness for his numerous adulterous transgressions, what Nike is promoting along with Tiger’s approval, mocks the idea that adultery hurts people—no worries winning takes care of everything.


Winning is the currency that runs Nike’s economy, but not God’s. While forgiveness awaits anyone who asks, there is much more to living for God than winning. Indeed, Jesus said, “But many who are first will be last, and the last first.” Mark 10:31
Winning feels good. Often the goal-setting and effort required to win builds character. But be careful of the kind of character that’s being built. Winning can fuel pride. It’s a dangerous place to be.
While Nike might be …
Read more 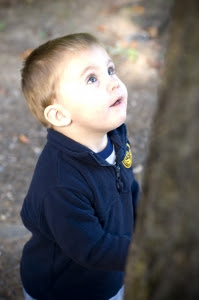 It was one of those last minute requests—the kind when you have no time to make an excuse. The teacher of the five year-olds was ill, and someone needed to take her Sunday school class—now.
“It’s easy.” I was told assuredly. “There are only ten of them.”  And one of me, I thought. I’m sure God was smiling. He knew what I was in for.
I quickly scanned her craft and lesson plan. I took ten paper plates, ten foam coffee cups and some extra paper to make large pretend stones. We’d be making Jesus’ burial tomb, while I shared the story of how Jesus died and was raised back to life.
Every child showed up that bright, sunny Sunday, and soon I had ten active little kids running around the room. Good thing no one was watching me do this. On second thought, I wanted to grab at least two more adults to help me manage these active kids as I handed each one a pair of scissors. I now had much greater respect for Kindergarten teachers.
Somehow ten little kids were able to cut the paper plate accor…
Read more

Where Marriage Matters Most 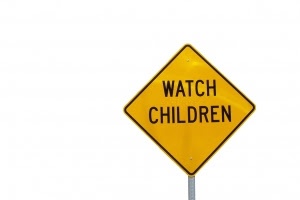 We sipped our hot coffees and sat on the stools looking out at the traffic cruising past. We shared a love of strong coffee and the lasting nature of our friendship, but beyond that we were quite different. She had pursued a stable career; I wanted my independence. I married young, she never did. I became a grandma, and she became a grandma-figure to hundreds.
As a public school teacher, my friend has spent most of her life in a classroom—year after year. If you want an accurate picture of society’s decay, ask a teacher who has taught as long as my friend has—which is close to 30 years. She has no plans to retire, but she’s weary of the battle that rages inside the children who come to her classroom.
She talked, grieved would be more accurate, about the change she’s seen and how worrisome it has become. We can point to things like video games and electronic distractions that weren’t there when she was a fresh, young teacher out of college. But that’s not the problem, according to her…
Read more 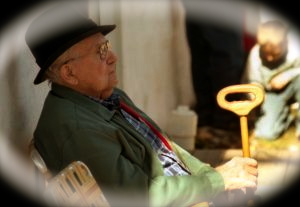 It was one of those spring days when the Pacific Northwest sky doesn’t get any bluer. Warm enough for shirtsleeves and perfect for a speeding bike ride—the kind nine-year-olds love to take, but Mom had a different plan. My great grandpa was visiting and he enjoyed taking walks. He was nearly blind, so I’d been commandeered into serving as his guide.
Wishing I could be pedaling away on my bike, I instead allowed Grampy to hold my hand while he held his cane in his other. Our snail’s pace gave me time to notice every spindly crack in the sidewalk. I watched his feet move. Step-shuffle, cane step, step-shuffle. But Grampy didn’t watch his feet he gazed at the well-manicured yards we were passing. His thick glasses made his eyes look so big, but his vision was nearly gone. He began asking me questions about each yard we slowly passed.
I didn’t know the name of any of the flowers, so he asked me to describe them.  I began to learn about forsythia, roses, rhododendrons, lilacs, and tulips.…
Read more 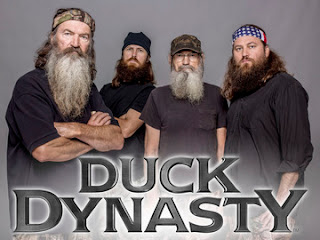 Okay. I finally joined millions of others and tuned in to watch Duck Dynasty.  It only took me four years from its original A and E launch date. The “reality” show follows the Robertson family in their unlikely success story—which humbly began in a ramshackle shed where patriarch Phil Robertson carved duck callers. It eventually turned into a multi-million dollar business.
Like many reality shows, family and life conflicts become the storyline. What’s unique to Duck Dynasty is this family professes Christianity. Yet, A and E producers carefully scrub out as much Christianity as they can. Producers have even added “bleeps” at times when the Robertsons aren’t actually cursing.  And even though the script shows the family praying at the end of every episode, the producers delete the words, “in Jesus’ name.”
A promotional poster shows the family posed in front of a large mansion with the tagline, Money. Family. Ducks.  But according to Alan Robertson, the eldest son, who doesn’t appear on…
Read more 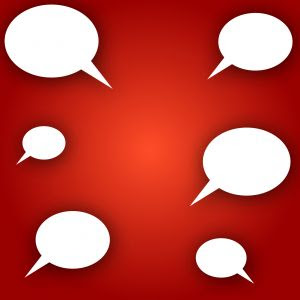 It’s nothing to brag about, but I have bull’s-eye accuracy with my tongue. Skewering people with verbal daggers isn’t the best way to reflect the love of Jesus, so it was no coincidence that I ended up in a Bible study hearing a message about the impact of my words.
At our recent meeting, a video was shared about Dr. Masaru Emoto’s research on frozen words. Yes, frozen words. He studied the changes in molecular structure that certain words create when their sound vibrations are frozen at -20 degrees Celsius. The resulting crystals are a visual display of what those words and sounds do to the water. Nature's frozen artistry from kind and loving words was magnificent. I flinched thinking about what some of my frozen zingers might look like. 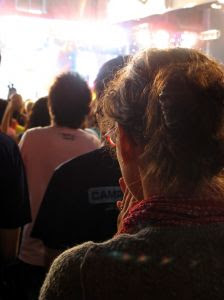 Sometimes I feel a bit awkward during church Meet and Greet time, especially when I’m a visitor. But I decided to boldly venture two rows away and shake hands with a young mom. Then I smiled at her daughter; she may have been twelve or so. She didn’t smile back but looked intently into my eyes. I gently touched her painted shell necklace and complimented its vibrant colors. She didn’t speak and watched closely as I returned to my seat.
Throughout the service this dark-eyed girl turned to look at me. I’d smile each time she did. She gingerly fingered her necklace. Sometimes she’d put it in her mouth running her tongue over the edges of the shells. She seemed disconnected from her surroundings. I suspected autism. When we sang songs, she’d look at the screen, stare at the words, but remained silent.
As the pastor spoke, she opened her Bible and gazed at some of the pictures. The pastor’s message was a challenge—was I denying myself, carrying my cross, and following Christ? Was I ashamed …
Read more 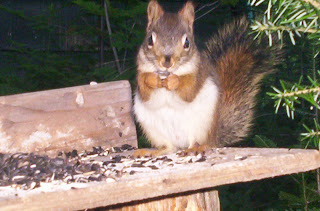 I have no one to blame but myself. They looked incredibly adorable, sitting sweetly on my porch while blinking innocently at me. They weren’t begging for food, but I gave it to them anyway. Soon, their friends and relations came to the party.The word must have spread that the dumb blonde was supplying food by the sack full.
Then they began looking for more permanent places to hang out. My home and garage were quite acceptable in their cute, little beady-eyed estimation. By late summer, those darling brown squirrels and their offspring were literally climbing the walls outside my log home. And I was left wondering how much damage could these endearing little animals do?

Squirrels are said to be rodents with cuter costumes. Indeed. They chew, dig, and destroy as they build their comfy nests. I realized I’d been duped. My food offerings didn’t make us friends, nor change what they were really after.Time for an exit strategy. While there was still plenty of natural food available, I stop…
Read more
More posts