Showing posts from February, 2011
Show all

What happened to my grandparent’s world? 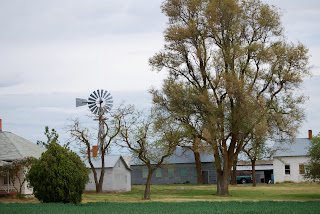 Each summer I couldn’t wait to go visit my grandparents.  It involved a dreadful road trip but was worth every mile once I arrived.
One set lived on a wheat ranch. Flat, dusty, with miles of amber waves of grain. I would get up with the sun, gather eggs, dig potatoes, hang clothes on the line, pick apricots, and as I got older I’d help with the cooking and cleaning for a harvest crew. Work never felt so good.


The other set spent their summers vacationing lakeside amidst the tallest trees I’d ever seen. Their summers were slower paced with the biggest decision involving whether to canoe or swim.
Like most children discover, grandparents are amazing. You wonder how your parents could have ever come from such loving and considerate people. Weeks without arguments and at mealtime: no beets or liver.
My grandparents couldn’t have been more different from one another. Farmers versus college professor and nurse. Protestant versus Catholic. Staunch Republicans versus die-hard Democrats. Ford v…
Read more 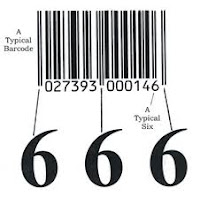 Some family members used to think I was a bit “tweaked” when it came to end-times prophesy, those wars and rumors of war, the Mark of the Beast, and the dreaded Antichrist.I confess, I read dozens of prophesy books, highlighted passages in the Book of Revelation and then applied it to all of the “signs of the times”.
But that was waaaay back in the 70’s & 80’s. I’ve chilled out considerably since then. However, what I see now reminds me of what I read a long time ago. I’m several decades older and less prone to exaggeration and fear mongering. But the melt down in the Middle East harkens to some very real end-times scenarios.Believe me, I’m all for freedom and ousting despot rulers but I’m troubled about the power struggle that may follow from Islamic extremists. And the Apocalypse is all about extremism at its worst.
Middle East governments are woven together with their religious beliefs. Often there’s nearly no tolerance for faiths other than Islam. I’ll grant that many Muslims li…
Read more 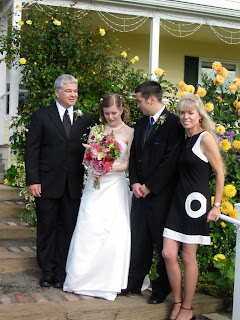 All of those rumors about mothers-in-law aren’t necessarily true. Since my daughter's wedding, I’ve had over 5 years of mother-in-law training and I think I’ve done a respectable job getting along with my son-in-law. We’ve become close friends as well as family.  We share inside jokes and future hopes. He even willingly sleeps on our foldout couch. And by now he undoubtedly understands why his wife sometimes is the way she is, because he has seen the way her parents are.
As parents, we weren’t weird all the time, but we were on occasion. Perhaps there may be an instance or two where our adult children might exhibit my Type A mania or their father’s Type B dreaminess. Some weirdness could have rubbed off on our kids, but the cool thing is that marriage has a way of working out those kinks.

Our journey as in-laws has included everything a good marriage consists of: better and worse, sickness and health, richer and poorer and most important: to have and to hold for as long as we all …
Read more

The Seahawks came into Super Bowl XL riding a tidal wave of enthusiasm. After starting the season 2-2, then winning 11 straight games, the Seattle mania was not to be contained. This amazing team just cinched their first Super Bowl appearance in their 30-year history.
Even if you weren’t a huge football fan in the Pacific Northwest, you couldn’t ignore the distinctive blue and green team colors streaming from windows, cars, flag poles, and painted bodies.  On Game Day, like millions of others, I flipped the remote to watch the game. Yet, I was in a place I had never imagined being on Super Bowl Sunday—my dad’s hospital room.
He’d been critically ill for nearly a month, and I had been traveling back and forth to Tucson to be with him. A bigger sports fan I had never known. My father knew stats and all the teams, and while he admittedly preferred college football, he’d followed the Seahawks since their inception. Now his team had made it.
As we watched the game, I realized that he wasn’…
Read more
More posts