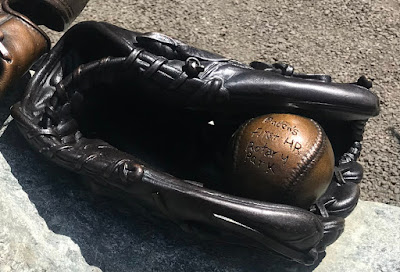 A small monument for a boy and his father stands in the center of the baseball park where they’d spent so many hours.

The boy’s first home run ball and his mitt are encased in bronze.  As etched words in the granite explain—both father and son were killed by a drunk driver. 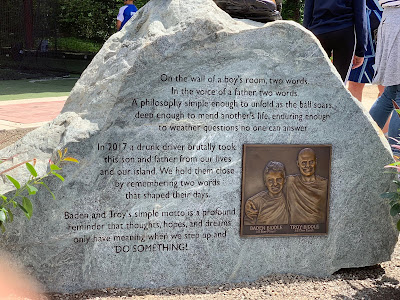 Now, nearly two years later, a dedication of the monument and an adjacent baseball batting cage brought together those who still feel the tremendous loss.

The surviving family members and small community have tried to make sense of the senseless. The addition to the ball park will be a bittersweet reminder of their love of baseball and the special memories made there.

As I walked by the engraved bricks—with messages of hope, loss, grief, and memories—I was looking for my grandson’s words carved into the one he had made. It’s been painful for him. His best friend’s picture remains on his nightstand. I ache for him as he mourns quietly.

Then I gazed at the monument. It told about the two words that the father and son lived by. 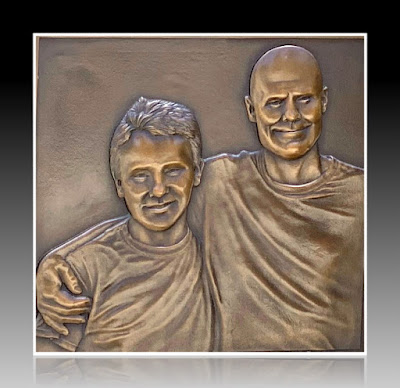 It became the phrase dad and son would use when going into a game of basketball or baseball—do something. It became the motto for living well, because there would always be the chance to do something to help, to encourage, to be the person you should be.

The boy even wrote Do Something on a sign he’d see every time he walked out of his bedroom.

I stood in front of the monument and looked into the boy’s bronze eyes—he'd just become a teen—I try and imagine what he might have looked like at 25. He never had that chance.

The boy and his father are no longer able to Do Something, but I still can, and in their memory, I will.
#Dosomething Memorial