Whose shoes are you wearing?

January 31, 2020
I was having one of those weeks, and then I remembered something I learned long ago. 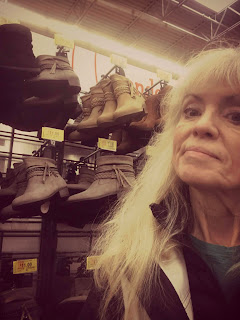 Morning recess was spent in the play shed—sheltering us from the relentless spring rains. As a first grader I was shy and overwhelmed by so many kids clustered under one roof. I hovered near the playground teacher as kind of a safety precaution.

But then I saw Caroline. She was across the expanse of asphalt and her eyes were wide with fright. Several boys were dancing around her, mimicking a native war dance.  I left the security of the teacher’s side—who didn’t seem to notice the dancing boys.

Caroline and I stood together watching the mean-spirited dancing. They we’re laughing and a boy grabbed my dress sash and tore it loose. 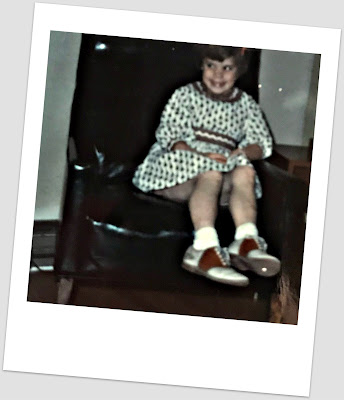 Once back in class, we sat at our desks. Mrs. MacArthur, the sweetest teacher I’d probably ever have, spoke quietly. She asked us, “Whose shoes are you wearing?” Suddenly 25 pairs of eyes were looking at their feet. I examined my scruffy saddle shoes.

After a moment of noise of everyone claiming they were wearing their own shoes, she asked, “Do you know what it feels like to wear someone else’s shoes?” Some kids nodded. But Mrs. MacArthur went on to explain that “walking in someone else’s shoes” meant much more.

She said that we’d learn a lot of things in school, but the most important lesson was learning to be nice to others. She wouldn’t let us tease kids about who they were or where they lived. It wasn’t nice. 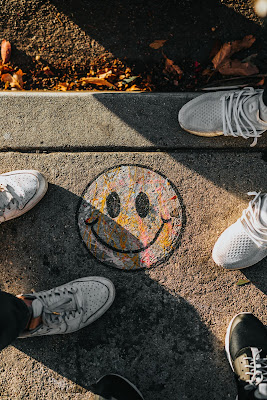 Fast forward to a college retreat. We were asked to remove our shoes, toss them in the middle of our group. Soon a variety of shoes—from athletic to worn sandals were piled up. We then grabbed a pair that weren’t our own.

Suddenly what I learned in first grade came back....unless I walk in someone else’s shoes I won’t know what it feels like. I had picked a pair of slip ons that pinched my toes with each step.

It’s an easy lesson to grasp, but too easy for me to forget. Just this week I needed to wear the shoes of someone struggling with addiction, and then I wore the shoes of a teen who was feeling unworthy. And the hardest shoes to wear were the specially crafted ones for a walking disability.

Mrs MacArthur knew we needed to learn be nice—and when we’re not, just look at our shoes and think about what it might be like to wear someone else’s.