Smiles from the Heart 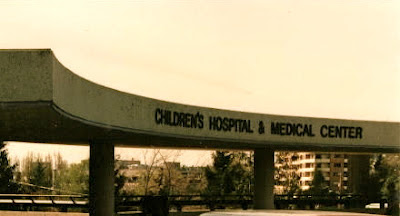 My nine-year old daughter was resting upstairs in the Children’s Hospital intensive care. She’d had a successful heart surgery to repair a birth defect and would remain under close watch for the next week.

My husband and I were taking turns with our two-year-old son, so I decided to take him to one of the many hospital playrooms.

Pushing open the door, the room looked empty—but then I noticed a bald child sitting at a table quietly stacking blocks.

My son quickly found a car and began pushing it over the floor, the tables, and windowsills making all the appropriate car noises. I looked over to the little boy and noticed that while he was little, he wasn’t that young. He didn’t seem to mind the interruption of a healthy, noisy two-year old. 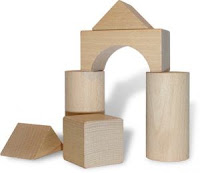 The boy’s arms were bruised from the frequent the needle pokes of the cancer treatments. His pale skin was nearly translucent making it even easier to see the veins beneath his skin. Yet, his smile defied his appearance. I smiled back.

I noticed a volunteer reading a book nearby. She was wearing the wild animal-motif uniform but lacked interest in a sick little boy and his blocks. I sat down at his table. Soon my son joined us and we stacked blocks together. 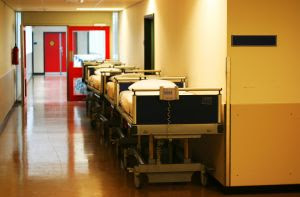 I learned that Jeffrey was “almost” seven and lived in Montana. His parents were back home but his Mama was coming back soon.

He pulled two photos out of his PJ pocket. The
first was a family of five—and I recognized a healthy, younger version of Jeffrey—but it was the same brilliant smile. The other picture needed no explanation. It was one of those pictures we all would recognize of Jesus.

Jeffrey explained that Jesus was with him when he didn’t feel well or even worse, when he had to have another treatment.


I couldn’t begin to imagine being almost seven and being this brave. Jeffrey had cancer, but cancer didn’t have him. The volunteer told him it was time to go. He went without complaint and when he reached the door he turned toward us and flashed that radiant smile. 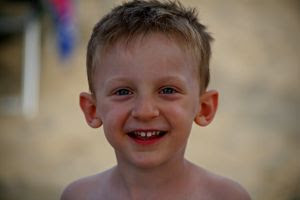 He left the room and my life, but I have never forgotten him or that smile. He had far more than mere childlike faith. He knew something that I didn’t. In fact, two small pictures in his pocket and a big heart of love were all the courage he needed to face the Goliaths in his young life.

I’m quite certain that Jeffrey’s amazing smile touched everyone who knew him. And I’ve come to realize that’s why I needed to meet him that day.

Since then, I’ve tried to do life like Jeffrey: keep Jesus close and wear a big smile.