I felt I had an advantage since my sister had already been in Mrs. Dayton’s Kindergarten class two years prior. I knew all about the toys and the fun things we’d do. I couldn’t wait for the first day of school. I confess, as the youngest at home, I was spoiled. I won most of the sisterly spats because I whined more convincingly. But once in school, it wasn’t long before Mrs. Dayton sternly warned me to share the miniature furniture in the dollhouse. I was told I needed to wait patiently in the recess line, play by the rules in classroom games, and not repeat the names kids made up to tease other kids.

About mid-year, as another girl and I faced a frowning Mrs. Dayton, I learned there were two sides to every story, and my side didn’t seem to matter right then. As I went back to my desk, Mrs. Dayton admonished, “Karen, you can be nice even when you don’t get your way.” 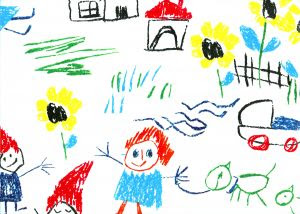 On numerous occasions, I carried a note home from Mrs. Dayton. Those notes meant my punishment would extend beyond the classroom. Along with learning numbers, letters, and coloring in the lines, I was learning how to get along with others. Back then it wasn’t called being tolerant of others; it was called obeying the Golden Rule.

Kindergarten wasn’t my humble beginning; it was the beginning of my being humbled. I can look back now and smile, but at the time it took real effort to want to share, to be thoughtful, and play by the rules. 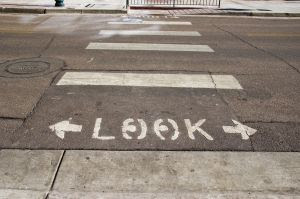 As each school day ended, Mrs. Dayton would march us out to the crosswalk and sternly remind us to stop, look and listen before crossing the street. While I became mindful of streets, eventually I applied that lesson to my life. I learned to stop most of my negative talk, look at others with compassion, and listen with a heart that cares.

Perhaps we need a little more Kindergarten in our political world—getting along with others and yes, playing by the rules. How about our churches? Didn’t Jesus command that we love one another? Intolerance complicates our lives. I still have my final Kindergarten report card. Mrs. Dayton wrote these words: "It's always smart to do your part with a happy heart." Simple enough then, wise advice now.