First it was Donald Trump demeaning Carly Fiorina’s facial features. Then last week it was the ladies on The View. The hosts, Whoopi Goldberg, Joy Behar, Michelle Collins, Paula Faris, and Raven-Symone compared Carly's face to a Halloween mask and joked about her “demented” smile. Enough. It’s one thing to discuss the points Carly articulates so well, it’s another to mock her appearance.

Carly has taken the abuse and criticism with her trademark eloquence. Yet, every time she comes to the microphone others may recall senseless remarks about her appearance rather than what she has to say. This is a critical election and the debates, the campaign speeches, and the interviews are all we have to evaluate who can lead our nation.

Beauty won’t help the national efforts to deal with our debt crisis, ISIS, foreign policy, immigration, or any other vital issue. But we’ve been conditioned by Hollywood to evaluate by appearances.

I’ll never forget the time my mom hauled me by the arm into a hallway. I was probably about five years old. Her angry look made me realize I’d done something wrong. “Don’t you ever tease someone about how they look.” I had made some remark about a boy who smelled bad and had a dirty face.

She went on to tell me something I never forgot and I wish some people would remember: words hurt. As I got older I learned to “look” at people’s hearts not their physical features. 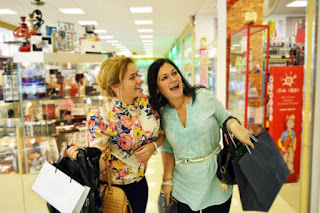 After the looks fade, what’s left? Hopefully, the content of a life well-lived—which is something we can’t buy but is an investment we make by treating others with respect.

"Men judge by outward appearance, but I look at a man’s thoughts and intentions." 1 Samuel 16:7

If we could only learn to do the same.