Home for Christmas #6 of the 12 Blogs of Christmas 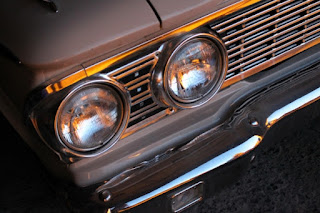 Too young to be much help, and seeing the grim facial expressions, I stayed out of their way. The suitcases were being packed and the trunk was as full as I’d ever seen it. My sister and I carried a small bag with toys for the long trip south.

I learned years later, that this was an attempt to cure Dad from a relentless case of pleurisy. All other treatments had failed, and living in the rainy, damp, and cold weather made his symptoms worse. Knowing we depended on his paycheck he often went to work sick, until his boss finally refused to let him come back until he was well. 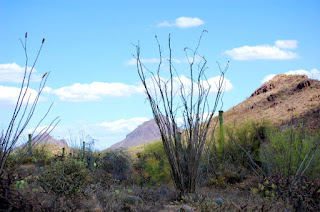 Now we were on a six week journey to go live in the dry Arizona desert. The doctor hoped it would be enough time to clear his lungs and help him regain his strength. To my young eyes, Dad was still strong, even if he did have to rest a lot. All that time-off without pay must have been a hardship. Living in a low-budget motel wasn’t bad; it had a swimming pool and a fold-out couch I shared with my sister. 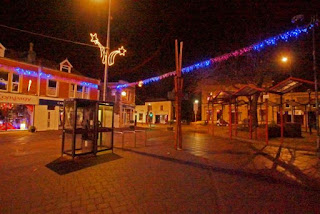 What was most striking was watching the Christmas decorations go up around town. I suddenly became very concerned that we wouldn’t be home in time for Christmas.

I’d never been anywhere else but home on Christmas Eve. Cookies on a plate for Santa. Going to sleep listening to the carols, waking before dawn the next morning.

In December we packed the car and headed home. But every time I mentioned our Christmas tree, the outdoor lights, and Santa’s cookies, there wasn’t much excitement. 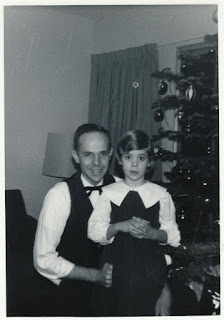 Once we got home, my sister and I went back to school, but we waited until a week before Christmas to get our tree. Dad played our Christmas records and we brought out the box of ornaments. Finally! Now it felt like Christmas.

Christmas morning I ran to the plate of cookies and saw the crumbs Santa left. If there were fewer presents under the tree, I didn’t notice. We were home—the best place to celebrate Christmas.