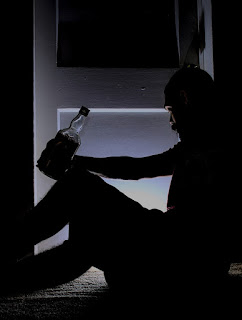 Only one other passenger climbed aboard for the long bus ride that evening—a scruffily-dressed man, who was heading back to an alcohol addiction facility. He’d offered this bit of information to the driver and me as he dug in his pockets for the bus fare. He was quite cheerful, despite the weariness on his face and the ragged clothes he wore.

The man chose a seat near the driver and kept up a one-way conversation for much of the journey. My eyes met the bus driver’s in the rearview mirror—I saw his eye roll, but the man, dressed in an old Army coat didn’t seem to mind that we didn’t respond to his chatter. 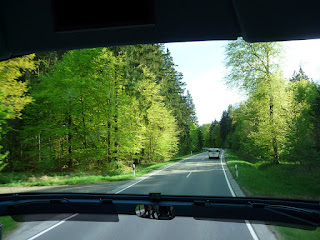 As the skies darkened, the man explained about his life on the Olympic Peninsula back in the 1950’s and 1960’s.

He told of his boyhood exploits along the Elwha and Dungeness Rivers. He could fish and hunt—often times skipping school to do so.

His grades reflected those choices—and when his draft number was called he was sent to Viet Nam. 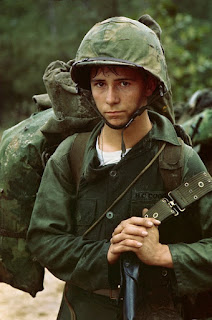 “Some guys came back from Nam with wounds you could see. I came back with the ones you can’t see.” He pointed to his head. As the bus drove past Costco and Home Depot he said that used to be a farm where he worked when he came back from the war.

Jobs didn’t last but his despondency did. “I drank until I’d forget, then I’d lose my job.” The man lapsed into 20 miles of silence.

As we approached the city he spoke again, “I’m heading back to treatment. Maybe this time I can forget what I need to forget and remember what I need to remember.” He chuckled to himself. 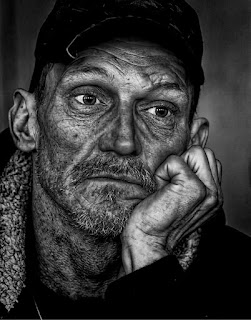 At the station, the bus driver rose and shook the man’s hand and said, “Thanks for serving.” The older man nodded and straightened a bit more as he stepped off the bus. I felt sorry for the lonely man with the mind demons he’d lived with for so long. While I'd been a carefree kid, he'd gone to war.

I watched as he turned and walked away in the dark—I’d probably not see him again, yet I’d never forget him either. I wish I’d thanked him for his service too.

Sometimes you only get one chance to say the right thing. And I missed it.
Alcoholism Veteran Viet Nam