My Serving of Humble Pie 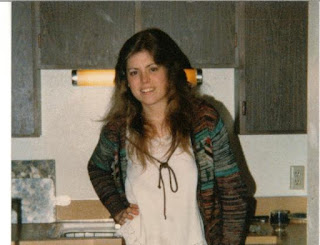 After two summers working in a paper mill’s bleach lab, this college sophomore wasn’t going back. But how could I make enough money to pay the bills? My entrepreneurial boyfriend, Tom, had an idea. Granted, the idea came after I baked him a pecan pie, but I listened as he outlined a sensible plan. 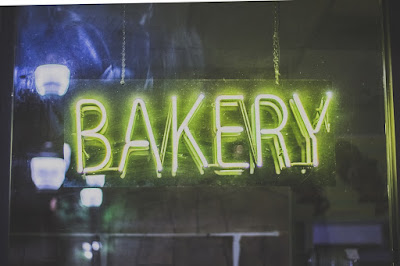 While we tackled college finals, we also filled out state business license forms and took our food handler’s tests. Tom negotiated with a bakery run by some recent college graduates—we’d use it after hours, while baking pies for the restaurant accounts Tom lined up. Mud Pie Company was born. See, I told you it would be easy.

Tom purchased supplies and I got rolling. Literally. Rolling hundreds of crusts. Tom measured and stirred pie filling.  Money was rolling in too. Didn’t I tell you it was easy?

The hot June turned into a hotter July and blistering August. Pies came out of searing ovens by the tray full. Deliveries were made via Tom’s 1949 Ford Pick-up, fitted with his homemade pie racks. Oh, the success, and how easy it came.

No, it wasn’t easy. It was the hardest thing I’d ever done. It made the bleach lab’s tedium inviting. Business wasn’t that profitable, even though we worked tirelessly. Failure wasn’t optional for someone who told everyone it couldn't fail. I thought I was keeping my sanity. Instead, I was a mental train wreck.

Family and friends came to the rescue. My sister helped deliver pies. Mom helped roll crusts. My future sister and brother-in-law helped peel peaches. Friends from miles away came to help fill pie shells and watch the ovens. My step-mom even stirred a huge bowl of green-colored pie filling in the back seat while being driven to a hotel in a futile attempt to save a special order of chiffon pies.

But I couldn’t depend on the love of others to save the Mud Pie Company—or me. I rolled my final crust four months after I rolled my first. Miss Know It All had her summer of failure—business, financial, and emotional.

There’s a joke about eating humble pie. But hey, I’d baked my own. Yet, God knew that being humbled would teach me more than success would.

Even after 40 years, those humble lessons still teach.