Barking dogs. Sigh. My husband has called our neighbors and complained. He texts them reminders when the dogs keep barking.

I’ve written a complaint letter to them, but never sent it. My tendency is to grouse around my wooded retreat, and occasionally shout at the two small barking dogs. To no avail. They still bark.

Oh, the neighbors are nice enough to try and get them to stop. Briefly. The only time they aren’t barking is when they are inside.

In fact, as I write this, I can see the little furry face insistently barking at me through the wire fence. She’s just far enough from her house, her owners probably can’t hear her, but it’s all I hear.

I’ve even tried walking along my side of the fence line—ostensibly to get the dogs closer to their home—so my neighbors WILL hear them. Sometimes that works, more often I just get more frustrated. 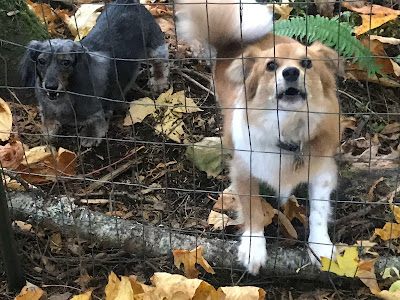 So today, mid-afternoon, after another round of incessant barking, I walked along the fence towards my neighbor’s home—with two little non-stop barking dogs on the other side.

The neighbor’s front door opened, and through the trees I watched him walk a bit unsteadily towards his barking dogs.

He yelled—less emphatically than I’ve heard him before. He seemed weary.

The dogs didn’t come to him, or stop barking. From my hiding place behind a large tree I could observe my aging neighbor. In his bathrobe (even though it was mid-afternoon) he walked slowly towards his dogs. 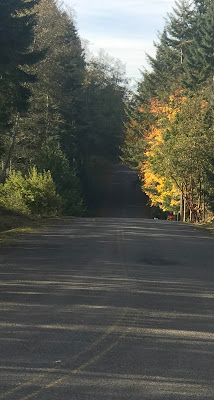 He looked like he’d aged ten years in the last two. Then I remembered. Cancer. He leaned against his car and called again. The dogs trotted over. He affectionately scolded them, bending over, he picked up the noisiest of the two, and petted her softly.

I knew then, that I was the one that needed to stop. I wasn’t dealing with cancer. I was out enjoying the sunny autumn afternoon, and my neighbor? Well, he wasn’t even feeling well enough to get dressed.


I’ve decided that instead of calling our neighbor to complain, we should call and ask if he needs any help. It just took two persistently barking dogs to finally get my attention.


Each of us should please our neighbors for their good, to build them up.
Romans 15:2
Neighbors