You Booze You Lose 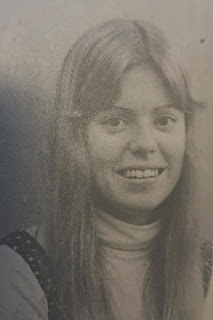 I was 17 and wondering how I’d managed to ruin my reputation with the teachers in my school. I thought I had my act together—good grades, ambitious, involved in school and community.

But I found out how quickly and definitively that could change. One stupid decision to get drunk on an overnight school field trip was all it took. Now, a whole year later,  as I sat in my US History teacher’s classroom, asking advice, he said, “You booze, you lose.”

Abraham Lincoln said it more eloquently, “It takes a lifetime to build a reputation, and five minutes to lose it.”

All I could do was move forward. And I did. 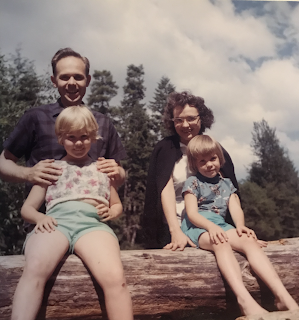 I became aware of alcohol as a child—observing my parents drinking wine with dinner. As a young teen, it progressed from wine to cocktails before and after dinner.

Alcohol didn’t seem to be a problem. It was just part of our lives. My parents worked hard and provided well for the family. I felt loved and cared for.

When I reached the drinking age at 21, my doctor handed me a check list for determining alcoholism—now called alcohol use disorder. I passed, my parents wouldn't have.

Yet, they loved life and looked forward to their retirement years. 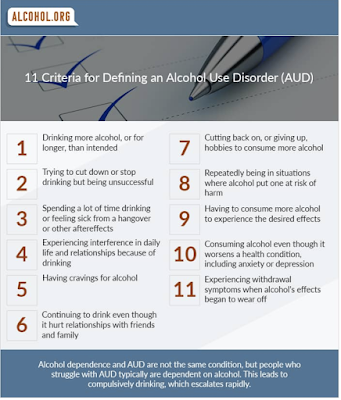 Alcohol is sneaky. As I observed my parents, alcohol was slowly stealing from them. The damage was cumulative. Years of abuse added up.

Cancer became part of both of their medical histories. My dad suffered alcohol-fueled diabetes too. They both died far too soon. I won’t blame alcohol. Just like my decision in high school—I can’t blame the drink—I have to blame the drinker.

Too many doctors have told me that with my family history—which includes cancer, I shouldn’t drink. I just wish that my parents had been more mindful of alcohol’s dangers, before they could no longer reverse the outcome.


I have friends who’ve battled for sobriety and those who are battling. I salute you. Sobriety is a hard earned gift for yourself and it’s an incredible gift for those who love you.

Next week: Facing my own addiction