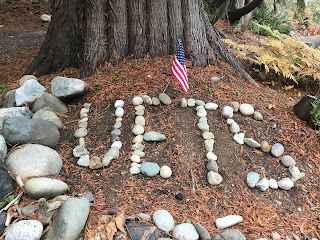 If ever there was a country bumpkin, it was Reuben. You’d seldom see him without his coveralls and cowboy hat. He and my dad were best buddies in high school—countless stories of youthful antics were attributed to these two.

It was said that Reuben could laugh louder than his dad’s pig herds. Upon graduating in 1949, Dad took advantage of the Reserve Officer Training Corps program to help pay his college costs, and Reuben joined his dad full time at his pig farm. 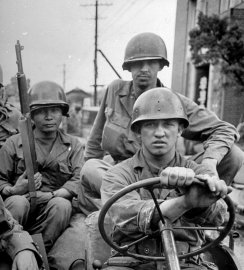 Raising pigs was hard work, but for Reuben’s immigrant family it’s all they knew. When 75,000 soldiers from the Soviet-backed Democratic People’s Republic of Korea poured over the 38th parallel, the Cold War became real.

In Reuben’s family, supporting their new homeland meant sacrifice—Reuben immediately enlisted. He was in the first wave of American troops sent to support South Korea.

When Dad came home for the summer, he learned that his best friend had left for war. News from the war-torn Korean Peninsula was scarce. While Dad enjoyed college life and got married, Reuben faced an exceptionally bloody war. 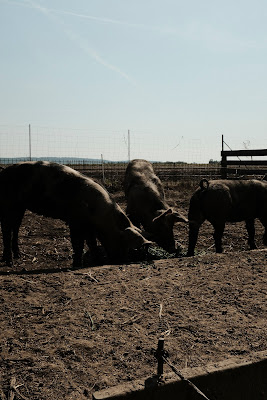 When Reuben finally returned home, Dad noticed that his friend seemed much older. He smiled some, but his effusive laughter was gone. Reuben went back to his parent’s pig farm, and Dad was sent to Okinawa—a post-war stint that brought military security in the region.

Years later, our family went to visit Reuben and his family. The pig farm was now his. Before we arrived, Dad told us that Reuben rarely left the farm—he preferred to be surrounded by acres of grain fields and his sturdy pigpens. He loved his wife and children, and treasured the freedom they all enjoyed, but he knew freedom’s cost. Reuben helped pay that cost.

Our world will never be completely peaceful. At least not yet. While we wait for that time when our weapons will be pounded into plowshares, I’d like to thank every soldier who has bravely served our nation—both here and in places far away to protect our freedom and to help bring it to those who need it and deserve it too.

They will beat their swords into plowshares and their spears into pruning hooks. Nation will not take up sword against nation, nor will they train for war anymore. Isaiah 2:4