Researching my German ancestors has been a great way to use my isolation time. They weren’t famous, but they sure were gutsy wheat growers.

In 1763, Russia’s Czarina Catherine II invited them to take a 2000-mile trek to a remote section along the banks of the Volga River. Together they built wooden shacks for their homes and constructed shared barns for their animals.

In the center of what they named, Warenburg, they built their church. The Russian government allocated each family 80 acres of land and provided them with plows, wagons, tools, and seed, until the first wheat harvest. 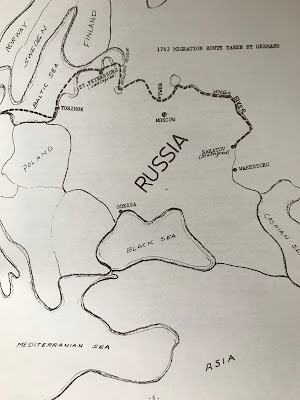 If I ever complain about life being hard, please call me on it. My ancestors faced brutal winters and awful growing conditions. The worst days were when marauders would strike—carrying off young men and women as slaves. By the time America declared its independence in 1776, 4000 of the original 27,000 Germans had lost their lives.

If you catch me complaining about our government, please stop me. My ancestors dealt with the next Russian Czar changing all the rules concerning the Germans—reducing their land allocations and increasing the production demands.

In 1892, some of my family decided to take a chance on coming to America. That’s when my 18-year-old great-grandfather, Heinrich Kramer and his 19-year-old bride, Maria ended up on an Eastern Washington homestead. The family members that remained in Volga, didn’t fare as well. Eventually, the Soviet Union took over their farmland and moved them all to Siberia.


But my great-grandfather Heinrich (Henry to his American friends) enjoyed freedom and applied all of his German work ethic to supporting his family and the others in his small community.

Life revolved around farming, family, faith, and those who needed help.

Don’t ever let me gripe about modern health care in America. When smallpox and measles swept through the countryside, it took the life of Henry’s six-year-old namesake, and many of the neighbors. 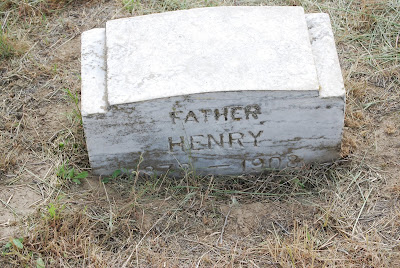 Yet he was determined to keep helping those suffering with the debilitating illnesses. Sadly, diphtheria claimed Henry's life at 36.

If I choose to complain about tough times, I need only to remember widowed Maria and her seven children. She kept farming with the help of her neighbors.

Months after losing Henry, the family home burned down—and she lost all of their possessions.

Then her second youngest son contracted polio and her daughter became bed-ridden with epilepsy. Yet, the community support continued for nine more years, until my grandfather David, at age 13, took over the farming duties.

It wasn’t easy, but they liked to say they lived a simple life.

Simple life? Or choosing to simply live doing what mattered most?


They worked hard and had compassion for one another. That’s what made their community strong.

May this modern pandemic reveal what matters most to me too. I have no excuse, my ancestors showed me how to be brave, work hard, and love well.

From my grandmother's Bible: "For God hath not given us the spirit of fear; but of power, and of love, and of a sound mind." 2 Timothy 1:7