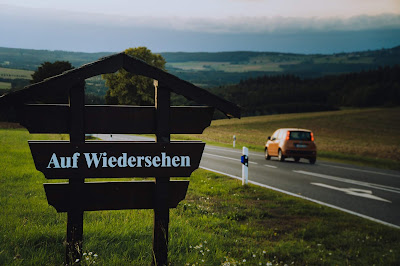 Mark Twain once said that life is too short to learn German. He meant it as a joke, I think.

But anyone wanting to tackle the complexities of twenty letter words and some unique guttural intonations, the German language is there for the you.

I studied German for two years in high school. I took conversational German the first year and got the misguided impression that German was going to be a breeze.

Then came year two with Mr. Ruddell. From day one it was intense reading and writing in German. Mr. Ruddell was fun-loving and deadly serious at the same time. 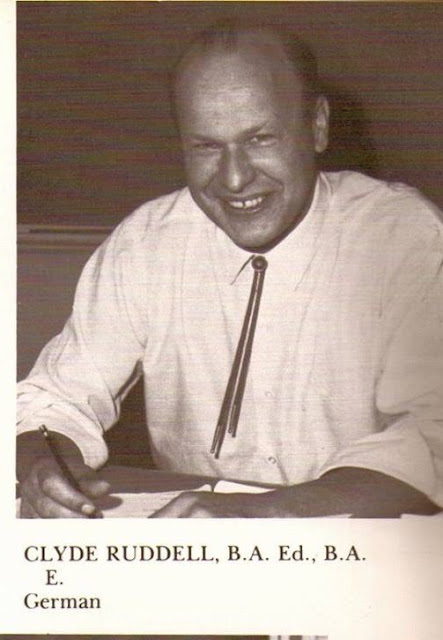 His daily assignments were not an option, and he had little patience for slackers. While he could have shouted at those slackers in German, he used English so there was no mistaking his annoyance. Upsetting him wasn’t worth it, we all learned.

Spanish was taught in the classroom next door. Frequent laughter could be heard through the walls, and the occasional wafting scent of tacos being made for a class “project”. I wondered if I’d made the best foreign language choice. But we had our own fun. Mr. Ruddell would tell the best jokes—he also had us laughing at ourselves as we learned complicated German sentence structure.

I was one of those students who frequently needed an extra serving of help. Mr. Ruddell never made me feel like I was inept or a bother. I’d sit in my usual seat after school and do my homework. It was on one of those afternoons  he asked why I chose German.

I told him that my great grandmother had immigrated to Eastern Washington, but she struggled learning English. Her favorite phrase was, “Speak German?”

For her, German was robust, packed with all the right words to describe things like freedom and independence—two simple English words, but not to someone living without it.

She'd taken many risks and moved across the world to find it in America.

I told Mr. Ruddell that choosing German had been a small way to connect to the family that had made it possible for me to be born in America. He nodded and raised his eyebrows in the delightful way he always did when something sparked his interest. Speaking quickly in German, and grabbing some chalk, he wrote this German sentence:

(Here in America we can live in freedom; choosing where we will work, playing where we want, and having the independence that all people deserve.)


Thank you, Mr. Ruddell for putting into words, what I’m sure my great grandmother felt. I’m fairly certain most hard-working immigrants sought these blessed, hard-earned American freedoms, and they still do.

The Covid restrictions have reminded me how I’ve taken my freedom for granted. Freedom is far more valuable than I realized and it's worth working harder than I've been working to keep it.